It’s definitely easy to spot which house on the street is about to be ‘Blitzed’ by the massive piles of soil on the nature strip! Lush mountains of soil, mulch and compost greeted the guests as they filtered in on Sunday morning to help Angie and her family transition their Reservoir home to something a little more permaculture-friendly. This meant that the ornamental, yet non-functional roses that had been taking up precious ground space for the past few decades were to be ripped out and replaced with an array of edibles which would help feed the home’s four residents. Wicking beds and espaliered fruit trees were also going to be installed and the backyard filled with a multitude of fruit trees, making for one productive family home.

For some, this was their first Blitz – for others, their eighth or even ninth. The group consisted of a varied bunch of smiling friends both new and old, from ex-IT professionals to edible native enthusiasts. Those who arrived early got cracking straightaway on clearing out the unwanted bushes and thick carpet of couch grass that covered prime fruit tree growing space around the fence. Many hands meant the backyard was prepped in no time, as Angie commented on how “it already looks better!”

As misfortune would have it, both designers for the day had pulled out due to unexpected and unfortunate circumstances. Fortunately, designers Chamale and Ben stepped up to the plate, facilitating for the day and directing everyone towards the task at hand. After a thorough run through of the day’s action plan by Ben and a few shared gardening tips, the team got cracking on the installation.

As the digging resumed, everything from concrete edging to an old flip phone were pulled out of the ground- an ancient relic! The charming yet overgrown bed lining the front path was tidied up and Angie’s succulents from the backyard were transplanted in the freshly cleared out bed, with blueberries to take their former place. They were joined by two feijoas to provide cross-pollination. Trellising was set up along the front fence for Fuji apples and a nashi pear tree, and cardboard prepared for mulching around the base.

Four apple crates intended for wicking beds were moved in to place, and it was all hands on deck as the plastic liner was fitted and fixed in place with temporary clamps, taking care not to cause any leak-inducing rips. After the overflow pipe was fitted with a circular saw and the rest of the piping secured in place with bricks, wheelbarrow upon wheelbarrow of fine gravel, soil and compost were carted to the backyard. Luckily, just one leak was found and remedied early on, and soon the beds were ready for planting.

Meanwhile, the rest of the fruit trees were planted around the back fence, making for a wonderful edible border. After cardboard was laid down and mulched, more edibles were planted in the understory. A passionfruit took up residency next to the water tank, where it would be trained to grow over and along the fence.

Branches heavy with unripened fruit, the existing apricot tree was spared a pruning until next winter, while its neighbour the lemon tree was treated to a haircut. Meanwhile, the new additions to the citrus family were left to soak in a lovely wheelbarrow bath of Seasol to give them the best possible start in their new home. Holes were dug for these and filled with rocks sourced from around the property, which would aid with drainage.

As the afternoon drew to a close and everyone was happily stuffed with Angie’s amazing offerings during morning tea and lunch, the house was almost unrecognisable. The garden was now teeming with an army of fruit trees, including Tahitian lime, cherry, dwarf orange and nectarine, nashi pear, fuji apple, feijoa, a passionfruit vine and four blueberry bushes. The understory and wicking beds boasted kale, tomato, beetroot, basil, zucchini, rocket, cucumber, nasturtiums, beans, marigolds, peas, various other herbs and even an entire strawberry patch for Angie’s two strawberry-mad boys.

With the job done, everyone helped themselves to tea and pavlova and even a few cuttings. With her home now transformed and one massive step closer to becoming semi-self sufficient, Angie tearily expressed her gratitude for the work achieved. Good job everyone! 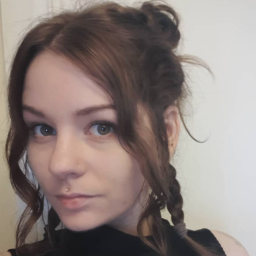 Brooke is the former media and communication manager at Urban Garden Collective, a community group that sets up organic community gardens across Melbourne. She also used her permaculture designer skills to help the design and set up those gardens. (Yeah, she's pretty cool!)
See her bio at http://www.brookegeller.com